Michael Jackson's "Black or White" music video has two main parts to it. The first part is a narrative of a 10 year old dancing around and jumping on his bed listening to rock music. His dad downstairs is watching the baseball and is annoyed because the music is too loud. He goes upstairs to tell him to turn it down however the kid doesn't want to, instead he gets some huge speakers and a guitar and wheels them into the living room (reference to Back to the future) and plays the guitar on the "are you nuts" volume level. The glass in the house shatters and his dad gets flung through the roof of the house because of the level of the sound. That is the narrative side of the music video.


"It premiered simultaneously in 27 countries, with an audience of 500 million viewers, the most to ever watch a music video"

"To date, the uncut version has generally been seen in the United States on MTV2 only between the hours of 01:00 and 04:00, as part of their special uncensored airing of the "Most Controversial Music Videos" of all time."

The audience is attracted to this video for different reasons, one is because of the "kid star" Macaulay Culkin for being known from the film Home Alone. Kids would be able to relate to him and watch the music video simply because he was in it. Some of the shots within the music video do go on for quite a long period however the ones that do have some sort of effect on it, whether it be green screening something behind Jackson or simply effects over the lens such as flames, they are all more interesting than just one really long shot.

The video does contain a few references however they will only be pulled off if the audience has seen the film they are referencing too, otherwise the audience will not pick up the preffered reading. The most obvious one is the "Back to the Future" reference when Culkin pulls the huge speakers and plays the guitar through them. The sequence has been matched up pretty much shot for shot with the sequence at the beginning of the first Back to the Future film.

There is also a reference to the Home Alone film when Culkin talks to the camera which is what he does on several occassions in the Home Alone film. Yet again if the audience has not seen the film then they won't pick up the reference.
Culkin was chosen because he was a huge star at the time and kids can relate to him easily, increasing the range of the audience.

The first shot of the music video is very long, as it goes all the way from above the clouds, flying down a road and then finally into the 10 year olds room. The shot is long but it is made interesting with the non-diagetic sound playing and with all the panning and moving of the camera to look like it's flying. The camera moves fast also which makes it more interesting.

There is a wide range of different dancing styles from various different cultures which can be seen as typical for the genre of music and also because of Jackson; being famous for his wide range and extreme dancing in many of his other music videos along with live performances. There is also a huge range of costumes within the music video to show off all the cultures from around the world. The cultures are signified using the location around them.

There is a vast number of extras within the music video also which is not typical for a music video. It takes the aspects of a film with the ammount of extras, however with Jackson being so big at the time it was not a problem. He is known for having loads of extras in his videos and performances such as the very famous Thriller music video.

There is a very quick behind the scenes shot at the very end of the music video just to tie it up and to show how it would have been done. This is after all the morphing shots which I will get onto later.

At 5:12 in the music video there is a very long shot/take  of different cities around the globe to again back up all the different cultures used in the video, how many iconic landmarks can you spot? They used a green screen for this shot which is typical for a film not a music video. There are lots of things in the shot to make it more interesting for the audience even though it's such a long take.

Green screening is used again for the part when Michael is lip syncing and dancing to the camera with flames behind him, and a few flames infront of the lens using effects. This would be dangerous if they did it for real so using a green screen is the easy and safe way to do it.

Very long takes are used in the intro scene but also the scenes before the dancing and lip-syncing starts in the Africa location. It's just to set the scene and show you some of the surroundings before the actual song starts.

A technique called morphing is used in this music video. Morphing is typical for films such as Terminator 2 so again it shows that the music video challenges the typical codes and conventions and adapts to be like a film. This also shows that the budget would have been high because of using these special effects, they would only have been available to large film companies, but they became available for Jackson.


Controversy and Censorship in the music video.

On a side note the last 4 mintues of the music video concerned alot of people. There are sexually suggestive scenes when Michael grabs his crotch when dancing and then zips his pants up. "In the original version, Jackson is seen smashing windows, destroying a car and causing an inn (called the "Royal Arms") to explode. Jackson later apologized saying that the violent and suggestive behavior was an interpretation of the animal instinct of a black panther, and MTV and other music video networks removed the last four minutes from subsequent broadcasts." They also used racist messages within the video saying things such as "Hitler Lives" and "KKK rules" to name a couple. Due to all this most of the ending was removed and the full version could only be seen late at night on certain channels. 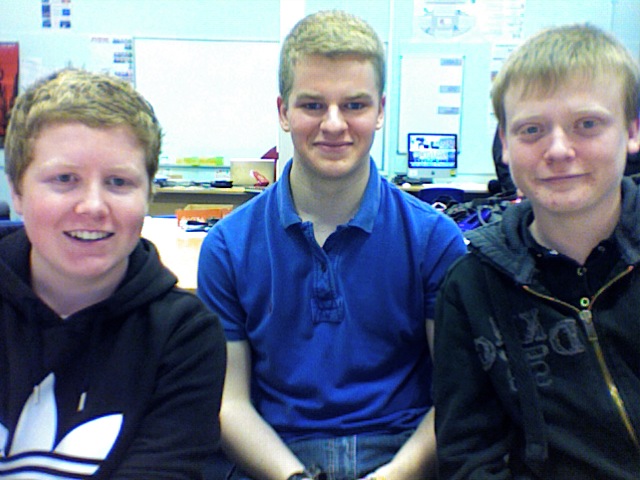